Depredation Claims Resulting from the U. S. Dakota War of 1862 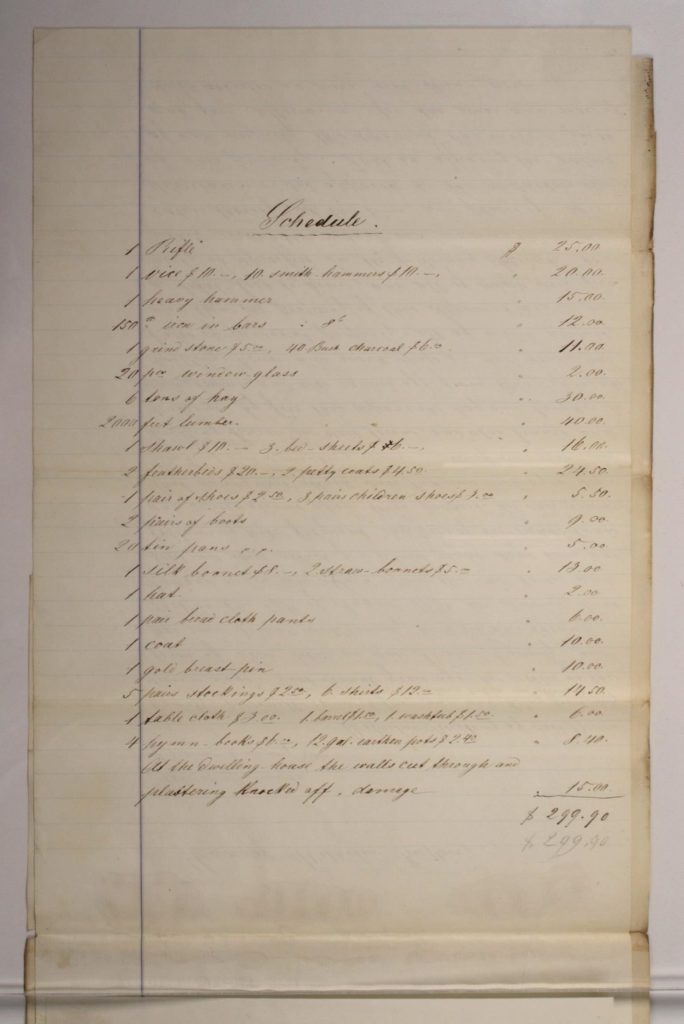 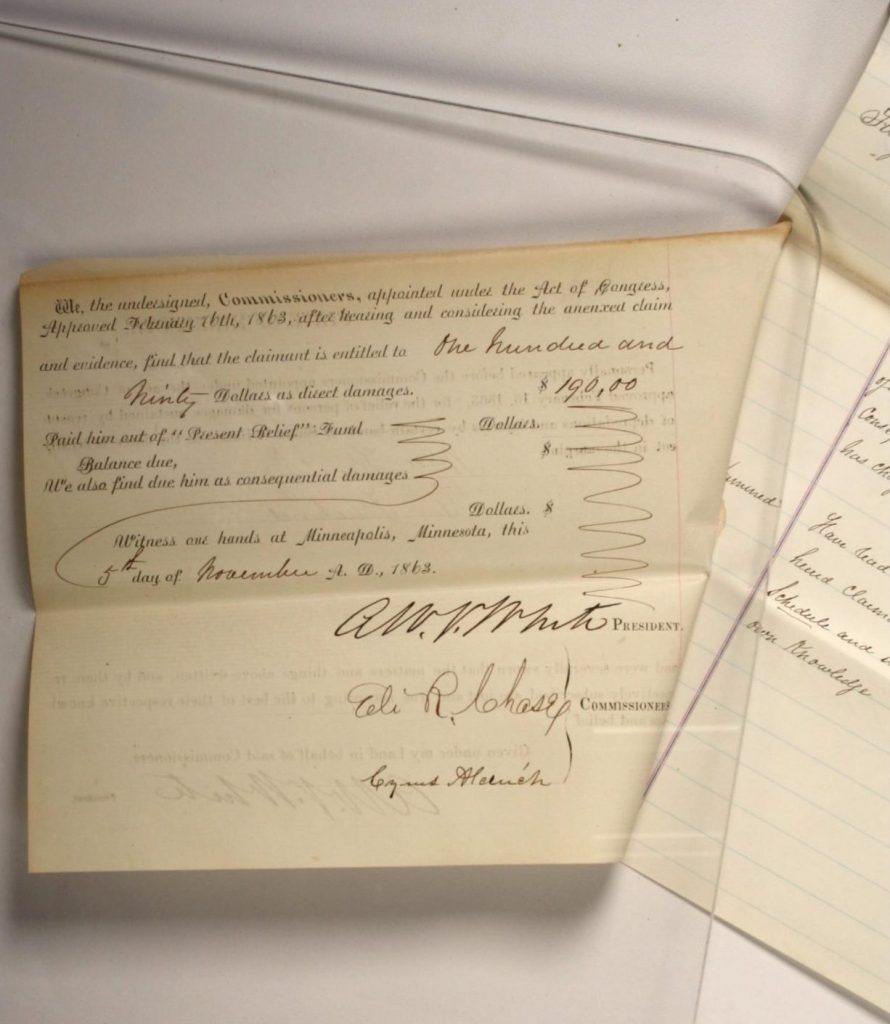 In 1863, following the U. S. Dakota War of 1862, almost 3000 residents of Minnesota, Iowa, and the Dakota Territory filed depredation claims known today as the Depredation Claims of the US-Dakota War of 1862. The Depredation Claims are in the form of a petition requesting monetary reimbursement for items damaged, stolen or destroyed during the U.S. Dakota War. Items included were goods, property, livestock, crops, tools, dwellings, out buildings and business structures.

Settlers from Brown County and the surrounding area filed depredation claims with the U. S. Government to reimburse them for their losses. These claims contain valuable information about the family, members who lost their lives, and geographical information on where they lived and the value of the property they owned.  Petitioners often included personal narratives of their experiences during the Dakota War.

The BCHS currently has over 300 claims on file in the archives. The index to claims appears on the BCHS website and digital copies of the claims can be purchased. The original claims are stored in the National Archives and the BCHS continues to purchase additional claims as funding is available.  The index is updated as new claims are added to the BCHS collection.  The goal of the BCHS is to purchase all of the claims from the Brown County area and make them available to researchers.  Electronic copies of claims can be purchased for $20 each.

INDEX TO DEPREDATION CLAIMS RESULTING FROM
THE U.S.-DAKOTA WAR OF 1862:

These files are available for downloading and viewing. Please check back as we continue to compile claims.

How to Read the Index

A portion of the research and compilation of these Depredation Claims was made possible by a Legacy grant.