Here you can look at our gallery of past exhibits.

Loyalty & Dissent: Brown County and World War I launched in Spring 2017. The exhibit explored how the people of Brown County reacted to the First World World and described the roles they played during the war. The exhibit featured a mock-up parlor where visitors could listen to period music and a model trench complete with genuine footage of the war. 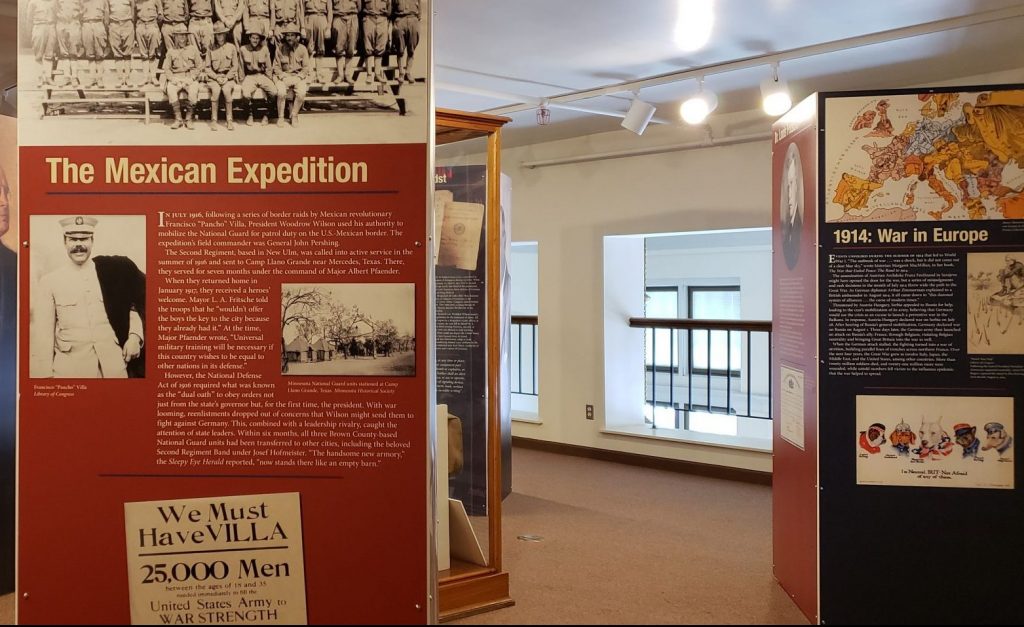 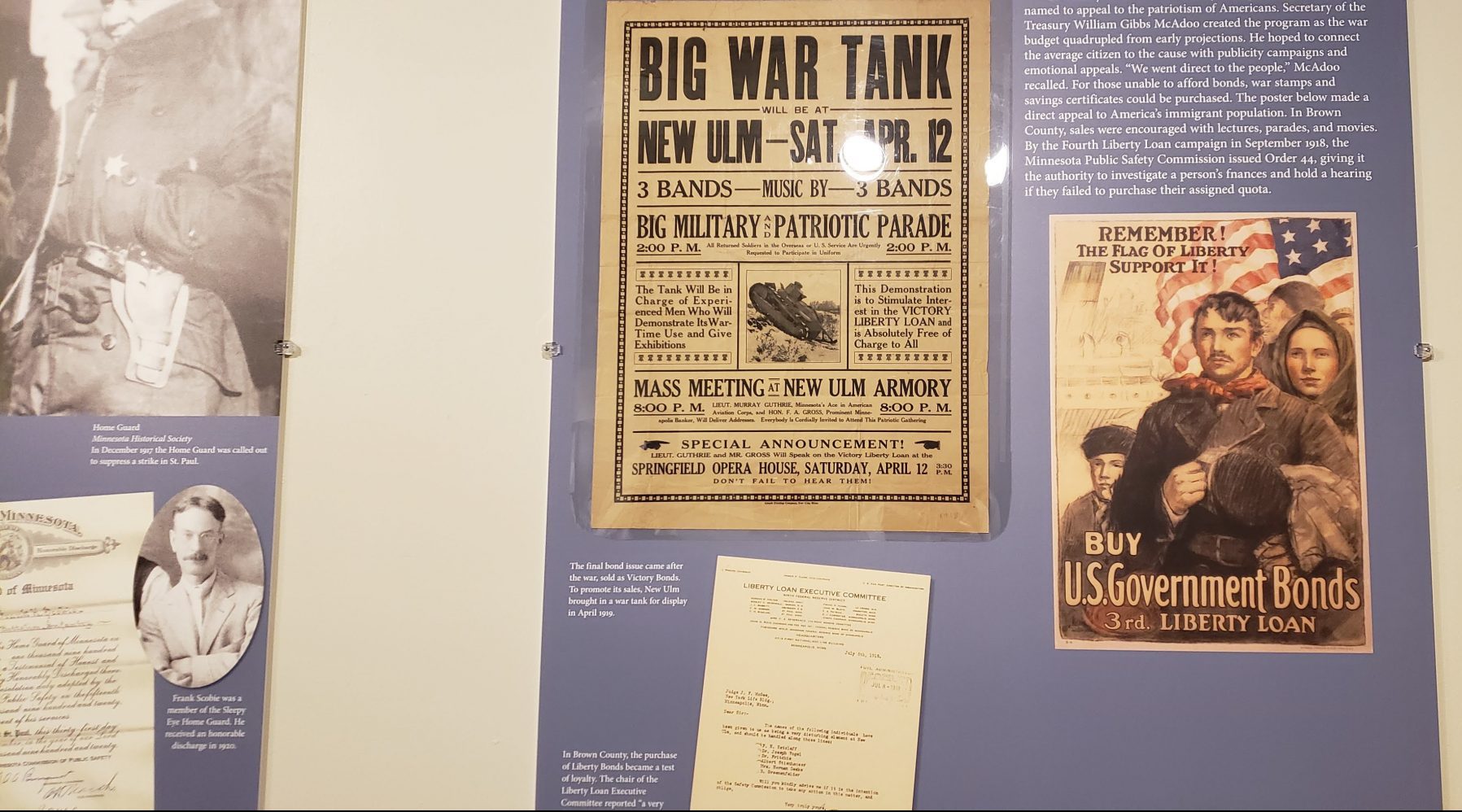 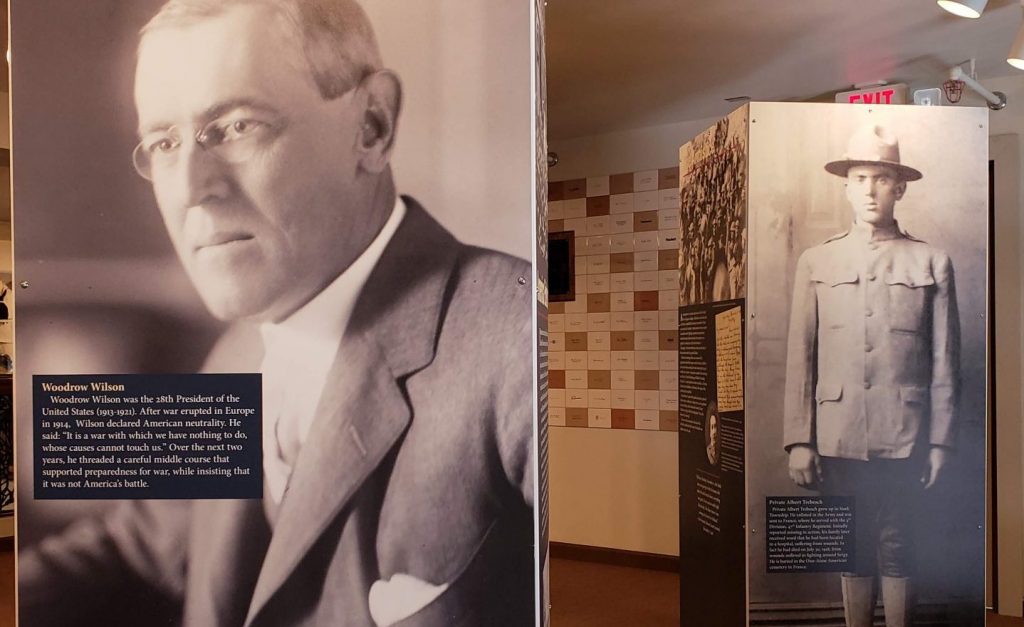 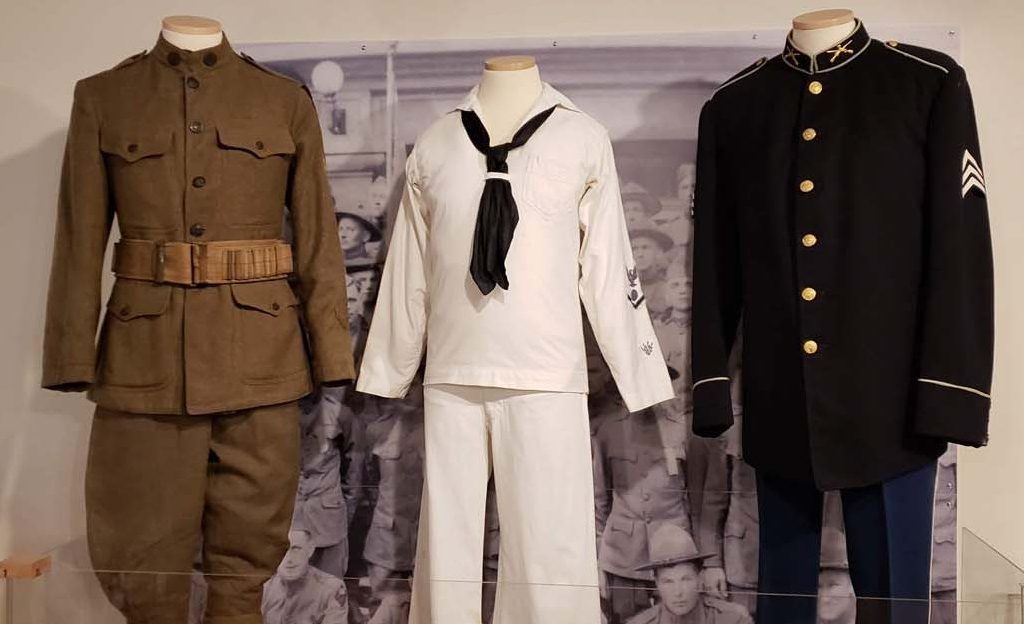 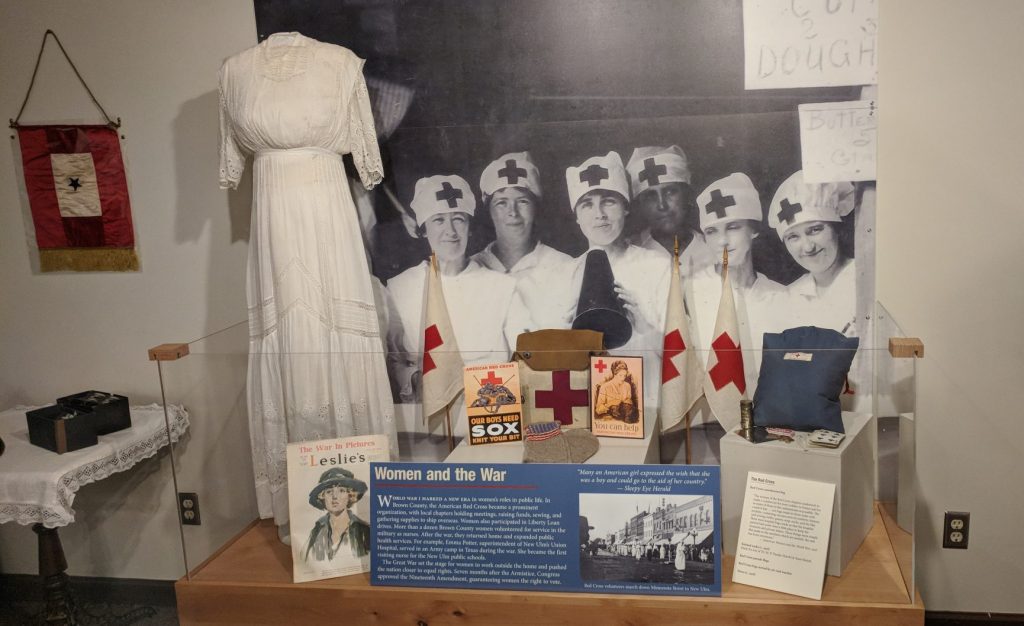 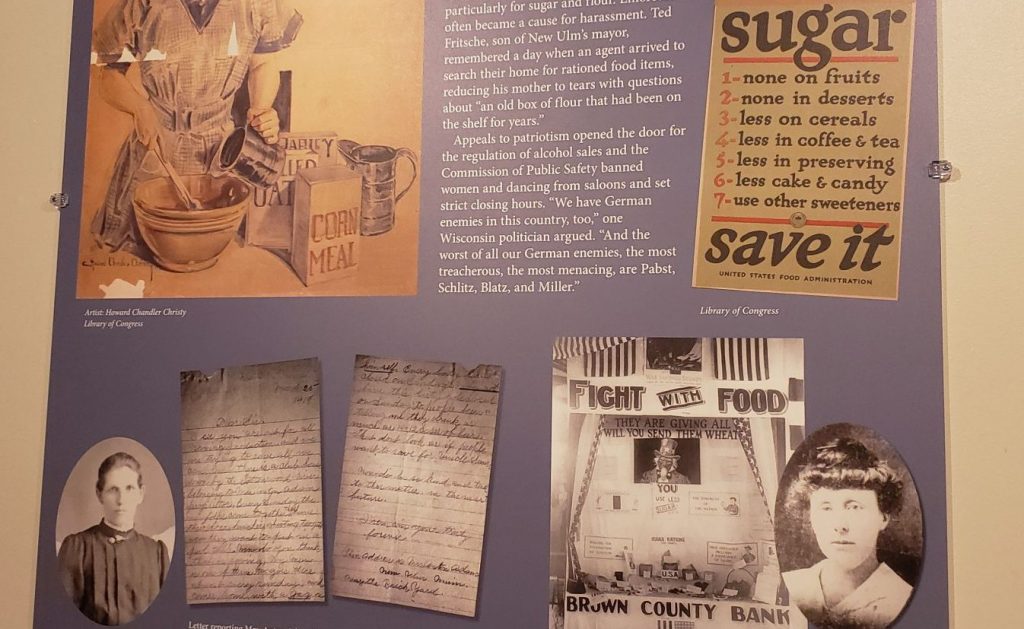 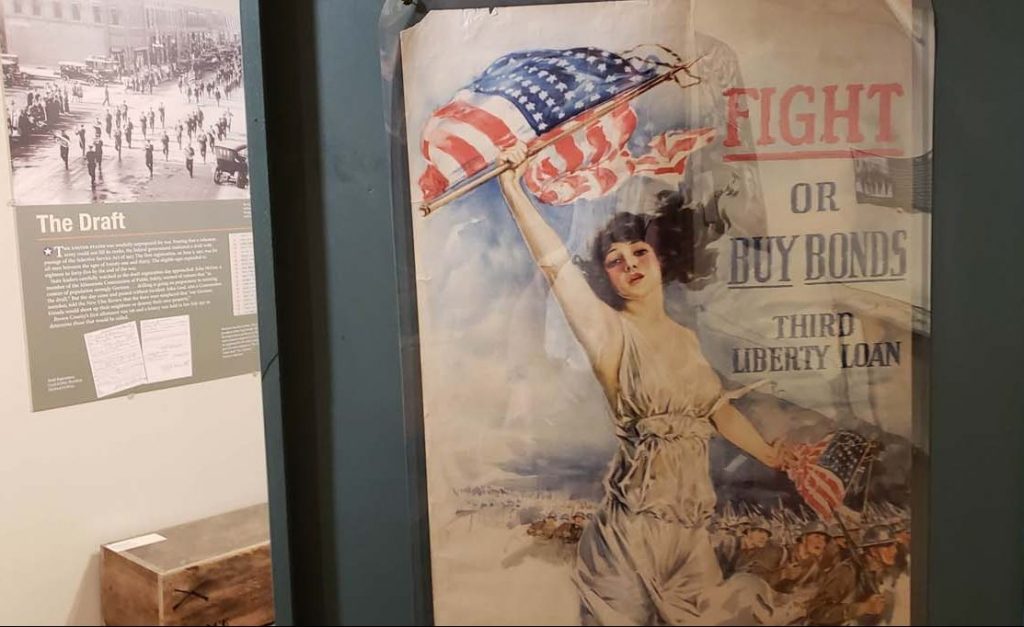 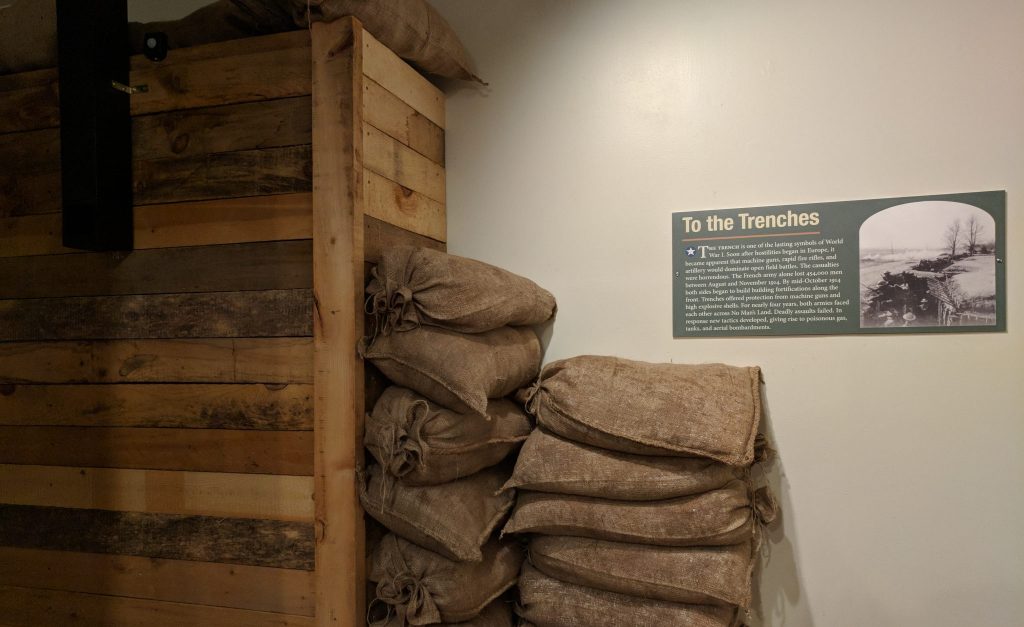 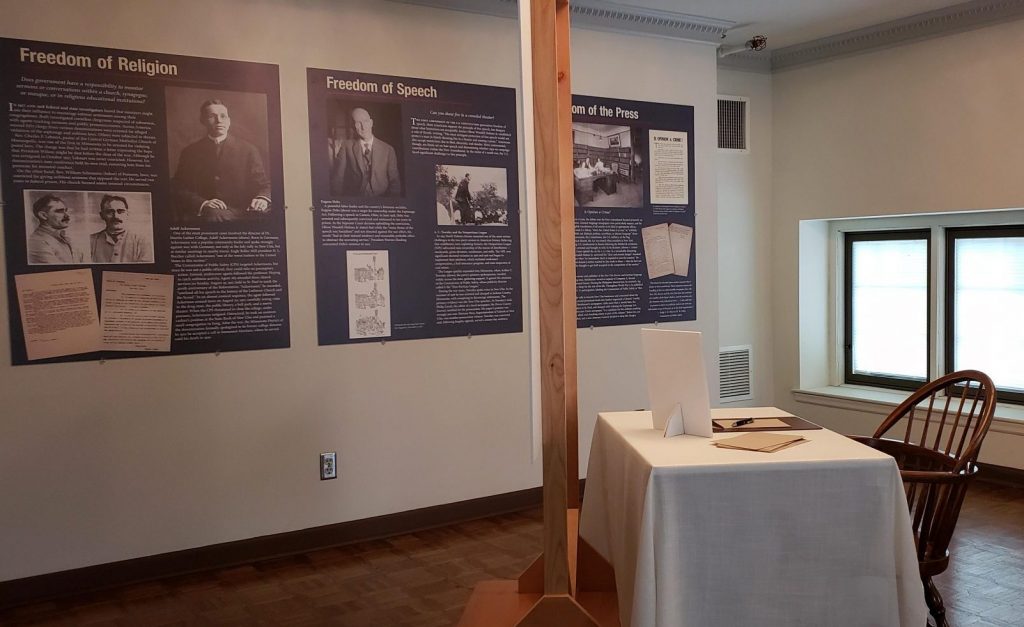 Flying For Freedom opened in Spring 2018 and followed the stages of Robert F. Niemann’s life, including his childhood in New Ulm, his high school days at NUHS and his studies at West Point. Another section covered his family life and his career in the military. The exhibit ended with his service in Korea, his final flight and MIA (missing in action) status. 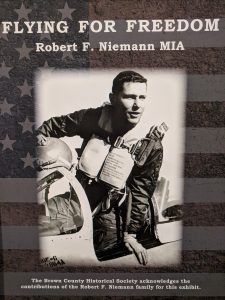 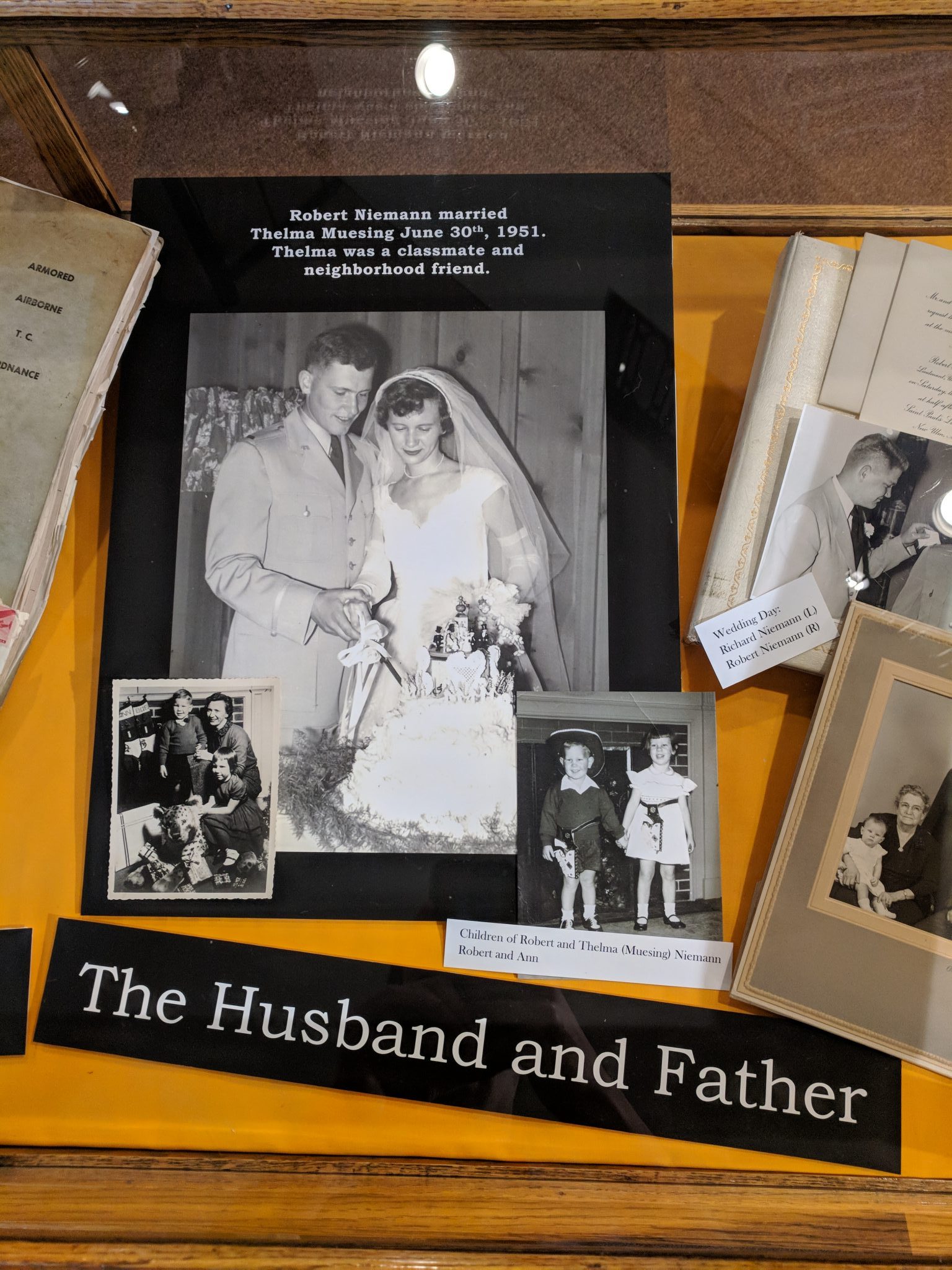 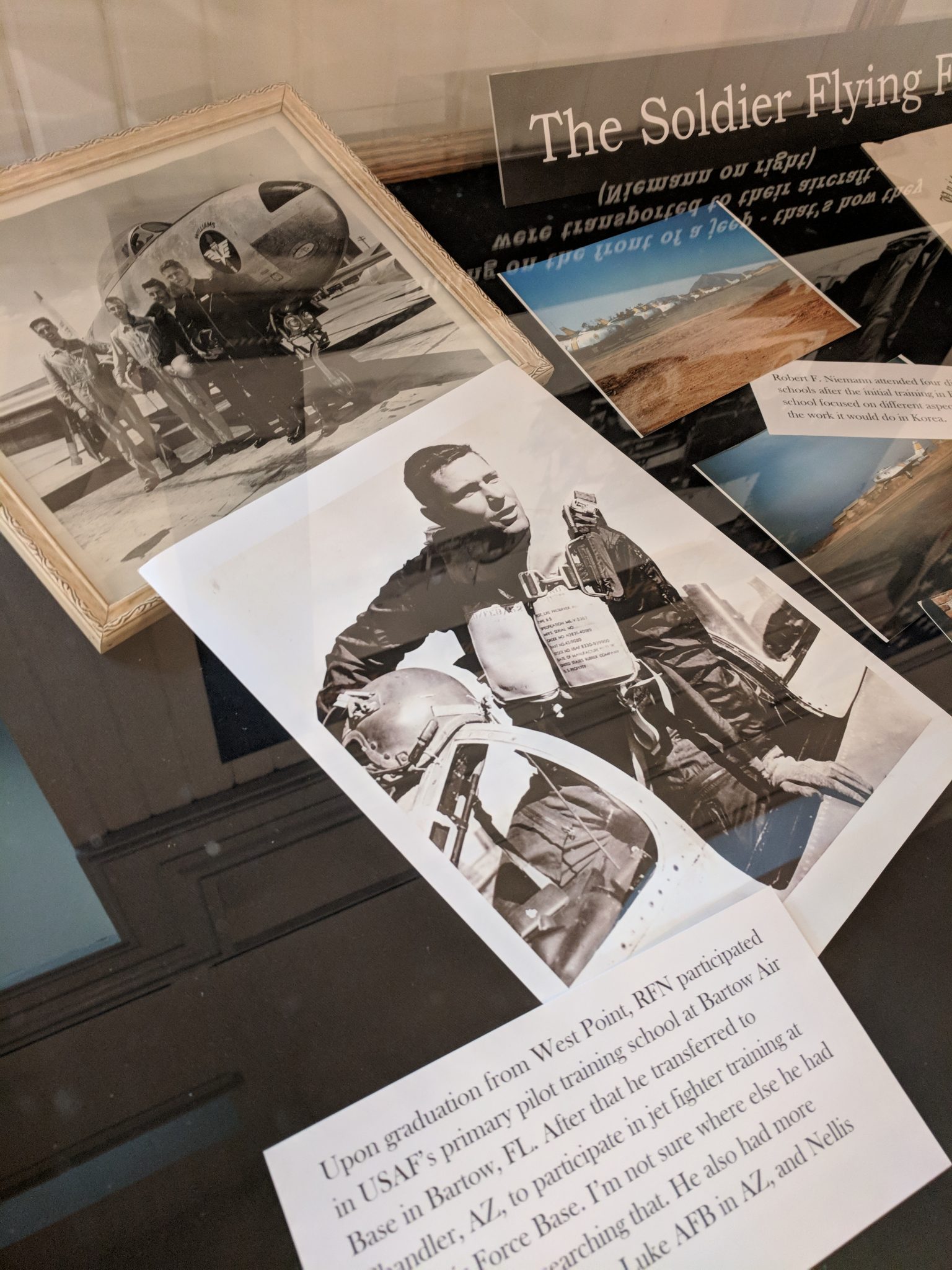 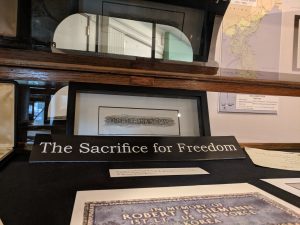 A History of Brown County’s “Hair-itage”

A History of Brown County’s “Hair-itage”  opened in Spring 2019. Hairwork made by women who lived in Brown County was featured. Some of those women even operated hairwork businesses in New Ulm. Visitors could view elaborate hair wreaths and hair ornaments, including one that survived the Great Chicago Fire of 1871, or see the watch chains lovingly made for husbands and sons. Also included were hair receivers, the receptacles made to hold hair so it could be fashioned into hairwork. 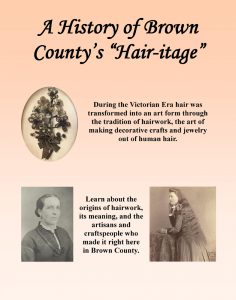 Samples of hairwork jewelry displayed in the exhibit. 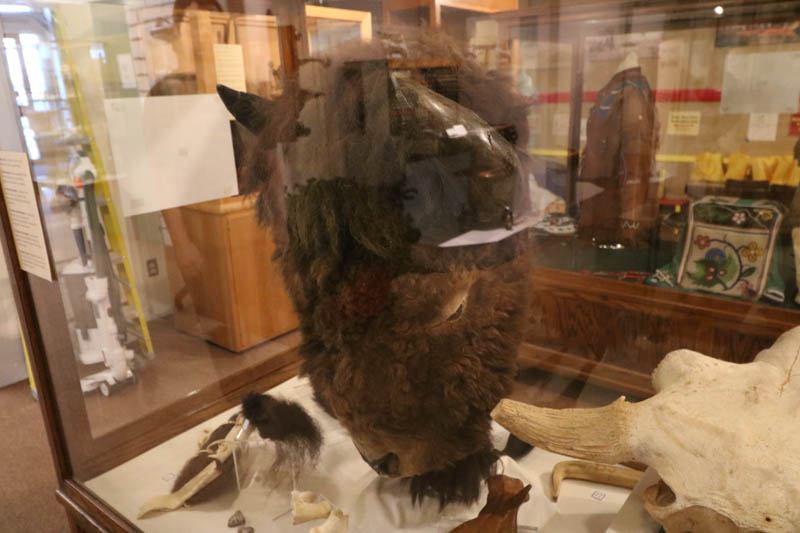 Wet Stills and Dry Agents opened in Summer 2019. At the turn of the 20th Century, many social reformers advocated for prohibition of alcohol. These reformers blamed alcohol for many of America’s problems and hoped that American society would be improved by banning alcohol. The 18th Amendment to the U. S. Constitution that banned the brewing, selling, and transportation of alcoholic beverages was ratified in 1919 through the efforts of these reformers.

​Thirteen years and eleven months later, Prohibition ended with the ratification of the 21st Amendment. Contrary to the desires of the reformers, not everyone came to accept Prohibition. Alcohol consumption decreased, but did not end and crime did not disappear. 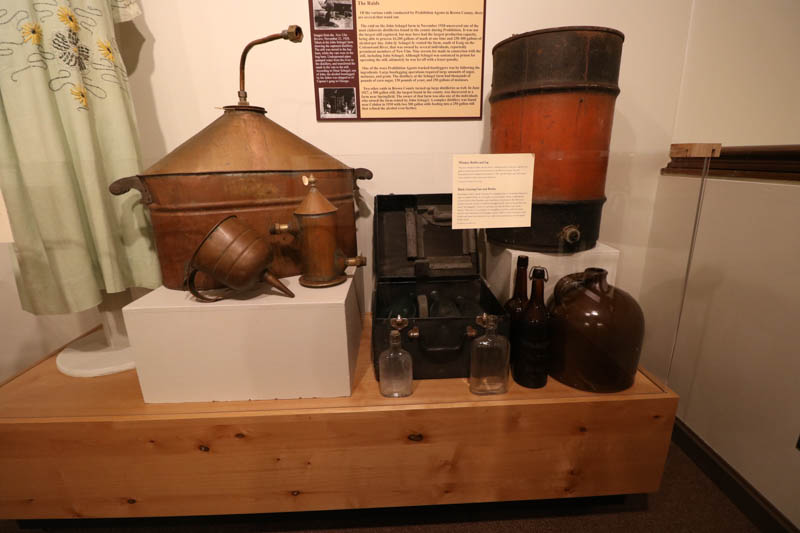 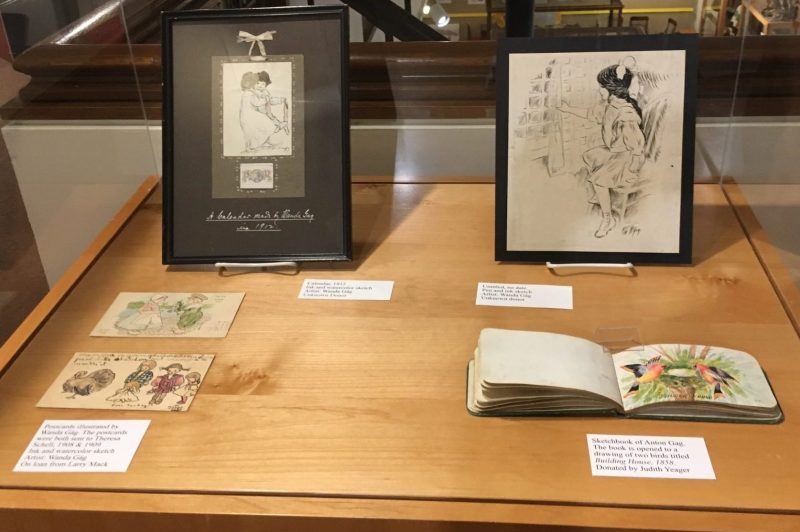