During to the COVID-19 Pandemic, the Brown County Historical Society remained committed to presenting the history of Brown County, and created a digital exhibit on the history of baseball in the county. The exhibit can be see here.

We anticipate making additional digital exhibits in the future, so keep an eye out for them!

Becoming Brown County: The Land and its People

Open now is a new permanent exhibit in the Brown County Historical Society’s museum, Becoming Brown County: The Land and its People. The exhibit tells the story of the early history and formation of Brown County during the periods of prehistory, early human habitation, and European settlement.

Specific topics include the geographical formation of the county and how it has affected human settlement, Native American cultures before and after European contact, the fur trade, settlement by Europeans, formation of Brown County, early towns, early industries and businesses, ethnicity and culture of inhabitants, and significant events. The exhibit will include other topics, such as transportation, early education, health care, or recreational activities as space allows. These other sections will be rotated out and replaced with new themes to keep the exhibit fresh.

The exhibit is located on the first floor of the Brown County Museum.

The exhibit will be open through April 2022.

Pottery is one of humanity’s oldest inventions; humans have made pottery for thousands of years to store goods, or to use as decorative objects. Pottery appeared in Brown County about 2000 years ago as storage vessels for the Native Americans who lived in the area. After German immigrants founded New Ulm, the first pottery factory opened in 1861. Pottery making continued in the city until the last factory closed in 1900.

Historic Pottery of Brown County describes the history of the three pottery factories in New Ulm, the New Ulm City Pottery, Dauffenbach, Stoeckert & Company (later operated by three other pottery ventures), and the City Pottery. Featured in the exhibit is pottery made in Brown County or in nearby areas. Pieces on display are from the collections of the Brown County Historical Society and from private collectors. Some pieces on display will be changed every few months during the exhibit so additional artifacts can be shown from other collectors. 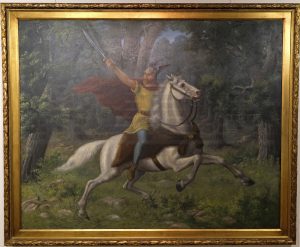 Herman the Cheruscan, by Anton Gag 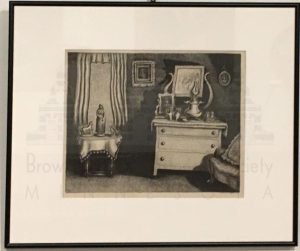 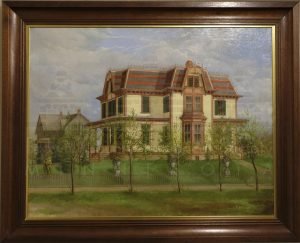 Never Shall I Forget – A New Look At Brown County and the U.S.-Dakota War

The exhibit, Never Shall I Forget summarizes the events of the U. S. – Dakota War that began in August, 1862. The exhibit explores the causes, events, and effects of the war shaped Minnesota’s history. 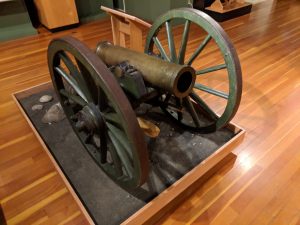 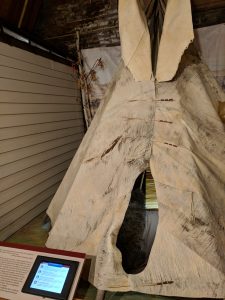 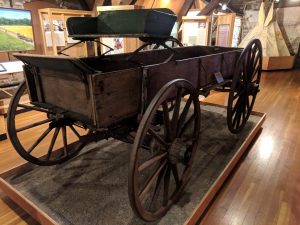